Very Bad Service !! Once you sign, its over, they do not care about you stiff ben !! After 2 times I went to the maintenance of my car (oil change, tire change), the waiting room is horrible, the coffee is not Free as in other dealer and when you them sil application can do something for my scratch (made by rocks on the road) on the hood after only 2 weeks of purchase of the car, we do not want to do anything, it has taken everything to have a clear pencil !! In addition, they eventually give it to me by pain and misery, it was not easy, and they let me go like that without me explaining how to use it !! So come with me, I do it big sun and guess what that did? Wholesale motons to clear on my painting !! So it was even worse !!! Then, by going for my oil change at Albi mascouche (more than excellent SERVICE AS) I asked if we could do some thing for my hood and they picked up 5-6 employees around my car has to scramble to find a solution and finally they made me have buffer and their stuff and they have nothing charged me !!!! IT IS THE SERVICE, happy employees who struggles for their customers !!! This is where I will buy my next car is on !!! They continue to take care of their customers even after signing / bought the car !!! Toyota finished 40/640 !! bouette service !!!

J will like to thank the entire team at Toyota 40/640 !!! M getting a new truck !!! d have supported my file in the designer toyota canada !!!! I thought at first that the service was not good ect .... but I confess m m deceiving they have not let go ... they all made for that I get satisfaction .... thank you again and especially Stephane Gélinas (Director service) for m have help in my really good guy and patient record !!! As has always been the case !!!! Still to give good advice !!!! Thank you very sure that that made all the difference and thats is acharner three weeks ,, 1 months of debate !!! No one who loves to let drag a folder on his desk !!!! Jéremie Guindon (sales manager) !!!! Really nice and funny as Director nothing but good to say !!!! And especially not to forget my seller Sébastien Daunais m which has support and also has always been there to answer my questions !!!! excellent seller know his business and not make flafla gives the correct time !!! Even after the sale it does help without hesitation !!! Wicked nice guy and friendly go meet him there doing good deal !!!! You would not be disappointed !!!!

A bad experience that I have lived with this consessionaire I am already customer at home. following a visit to his website Im chosen self that I desire I have to get in exchange of emails with the web manager who my confirner availability of self is not it lol! With good appointment for the same day 14h wow!   To my presence 14 h seller of used cars was not even aware of anything in beautiful moon ca; my poor Daniel :) After consulation its commercial director I have received the good surprise of the father Christmas 40,640 Toyota! to say that self she has just la la! Sold to another customer but if I want well there is another car just like ti, here we work hard just for you. It is the ca ... fooling around? lack of professionalism ..? bad Organisation.. ? or just for fun in 2016! Sure its worse than my purchase in 2015 at this consessionaire. Anyway I hope that ca not be hypocritical dubious business practice by putting a inexcistant loss leader to sell their stock, but is not c Ti ca marketing for intelligent wholesaler! See you soon ! Excuse c is A God :(

We had seen the announcement of a Highlander at a very good price. The person who replied ... tells us that it is already sold.But that on Thursday, a customer will come to take possession of a new vehicle and leave in exchange his Highlander .... which has the same Characteristics than the one previously sold. We have me and my spouse remind the seller to reconfirm our great interest and I even move on Thursday afternoon to see .... the seller offered me to pick me up in another dealer ..... I tell him that noys will wait for his call as the customer will come to take possession of his vehicle. Out of several days after no news ... not even a courtesy call piur telling us whatever .... we turned to the Honda skill where we had excellent service. We have notrd auto but were still disappointed with the service at home.

Very bad experience with this dealer. We went to a vehicle that was displayed on Autotrader. When we arrived, the mags on the photo were not those on our vehicle. They wanted nothing to do with their misrepresentation. They add starter kit for $ 500 while they only made the oil change ????? No thanks. We try to make our point and the manager arrived saying that if we do not buy the vehicle he can sell it tomorrow morning. A big disgusting dressed BS that comes to tell us ca ?? It only responds that if he could sell as easily why he was there for months ???? A big without drawing that treats its customers like idiots. A big zero for customer service. We never go visit your dealer.

TERRIBLE EXPERIENCE...TOLD I WOULD RECEIVE A BETTER INTEREST RATE ON THE LOAN IF I PURCHASED THE EXTENDED DEALER WARRANTY...NEVER INFORMED AS TO THE COST OF SAID WARRANTY WHICH WAS ROUGHLY $3000 FOR 2 YEARS OF COVERAGE...APPARENTLY THESE EXTENDED WARRANTIES ARE SO PROFITABLE THAT THE DEALER RECEIVES A 50% COMMISION FROM TOYOTA ON THEM...UPON TELLING THEM I WOULD NOT PURCHASE SAID WARRANTY AFTER CONSIDERABLE PRESSURE ON THEIR PART THEIR FRIENDLY DEMEANOUR COOLED CONSIDERABLY...WENT IN PERSON TO PICK UP MY DEPOSIT MONEY AFTER SIGNING NO PAPERS AND WAS FIRST STALLED AND THEN REFUSED A REFUND BY A RUDE AND AGGRESSIVE SALES DIRECTOR NAMED RICHARD ST-PIERRE WHO INFORMED ME THAT HE WASNT REFUNDING ME BECAUSE I DID NOT ASK POLITELY ENOUGH AND HE DID NOT CARE FOR MY ATTITUDE...ALSO WORTH NOTING THAT THE LOWER INTEREST RATE THAT I COULD ORIGINALLY ONLY HAVE IF PURCHASING THE DEALER WARRANTY WAS OFFERED ANYWAYS WHEN I INFORMED THEM THAT I WOULD NOT BE BUYING FROM THEM IN A LAST ATTEMPT TO MAKE THE SALE...NOT AN EXPERIENCE THAT I WOULD LIKE TO GO THROUGH AGAIN.

I had a bluetooth problem for more than a week in connection with the purchase of a new phone. I called at the crossroads 40/640 and I was told about Maxime. He managed to solve my problem in less than 5 minutes with professionalism and kindness. Problem that several other people, even another Toyota dealer, have tried to settle unsuccessfully. Thanks Maxime Desjardins! I am not a customer at Toyota 40/640 but I want to become one someday

VERY DISAPPOINTED. Was this review helpful? Yes Problem with this review? The salesman told me the 5 year rustproofing would cost $ 500 but then I was charged $ 600 when it was time to pay! I will NEVER go there again! VERY DISAPPOINTED. I was told that the used car would be painted where it had been scratched and it was not. The seller told me that the 5 year antirust would cost $ 500, but I was charged $ 600!  I would never go again!

very mediocre service, they we we confirm a date for trial 12am, a 18h when we presented already ca started by a very cold reception the vehicle not available in addition I asked to see the sales manager will not last has not even apologize instead he told me that I did not have to wait for you to sell my car. later they offered me 04 other cars that were already sold. NULLL Service politeness zero Im disappointed 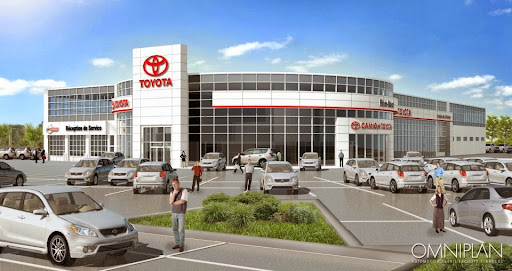 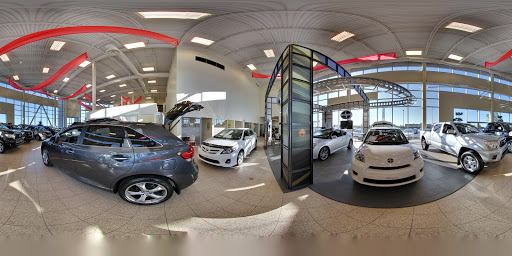 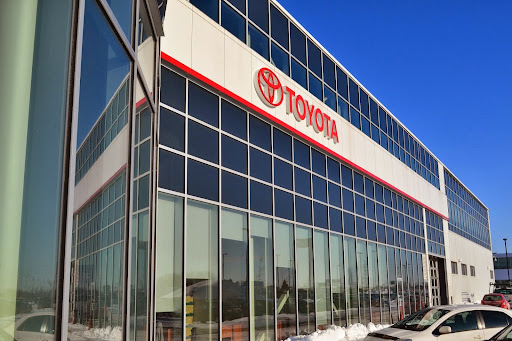 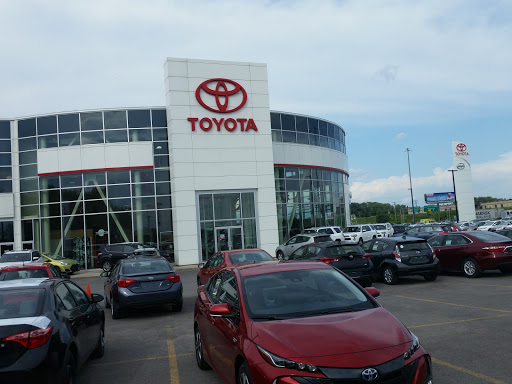 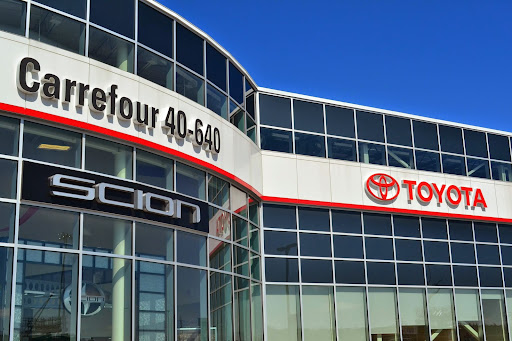 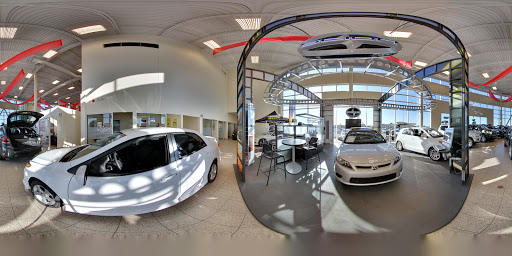 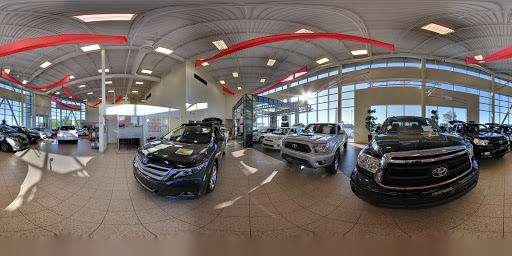 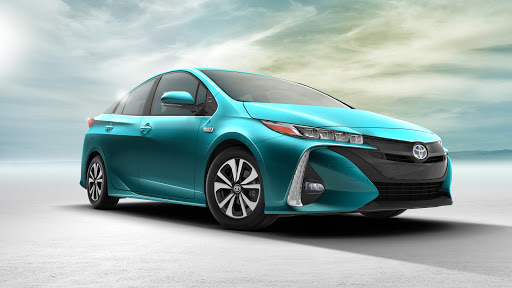 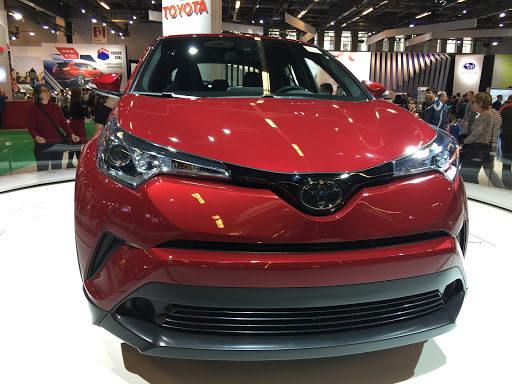 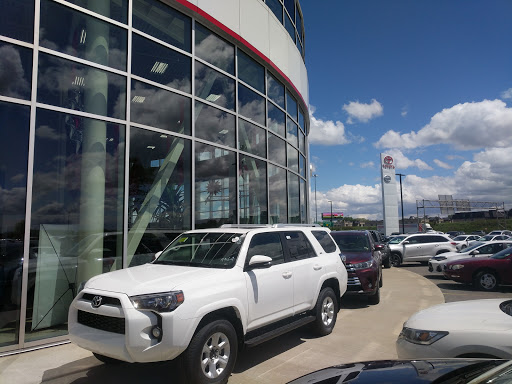 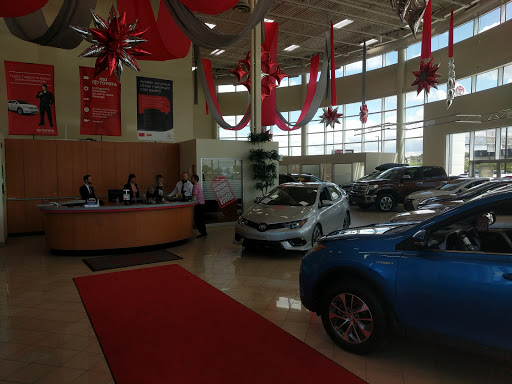