Never will I buy a chevy again, or deal with the service department at vickar. I brought my 2008 Equinox in Sept 14, three weeks ago driving, a check engine light, took it to vickar and was told it needed a new timing chain at 128000km, (mind you most engines will never need timing chains done till 300k) I went home to do a search on timing chains with my engine only to find thousands of complaints on timing chains failing around the KM i have, including the traverse, acadia,CTS. Then uncovered that GM extended the timing chain issues on ONLY the Traverse and Acadia, also with digging GM tried to solve the problem shorting the OLM, still failed chains... there has been 5 revisions of the design of the timing chains to date, needless to say i am done with GM. Now your wondering why I am writing a review about Vickar, this technically is GMs issue not the dealer, I respect that. Well first of all, I was not informed there was going to be a diagnostic charge to inspect my SUV until after being told I needed a timing chain. I totally understand that nothing is for free, but being told what the charge is would have been nice. 2nd of all the service adviser who failed to tell me the price of the diagnostic fee was Joel sibal, while speaking to him over my engine, he asked me if i changed my oil every 5000K, i said no i do not, i rely on my Oil life meter that GM installed into my SUV, but do check oil levels and top off between oil changes since I know engines do consume oil during usage especially since the oil changes are long apart about 12000k (this is factory spec) Joel said to me that i needed to change my oil every 5000km, Then what the hell is the OLM for?! 3rd, after speaking to GM canada explaining my situation, GM tried to get a hold of the service manager Bill at vickar, I let a few days pass, nothing no update, so i went down there looking for a service manager, was told he was not there, I left a msg to a other GM service adviser Graham J. to have him call me, well a week later no response no calls from Vickar. left in the dust. There is some Major communications issues with Vickar with staff, and management. i was left feeling like they knew something was up with the engines, I could feel them hiding the fact that there is a issue and wouldnt give me a honest answer with any of my questions. I would take your Gm factory warranty issues and head to the other dealer in Winnipeg to deal with them.

Young brunette girl named Alex was incredibly friendly, outgoing, and helpful. Got us an AMAZING deal on our brand new 2014 Chevy Cruze. Middle aged blonde lady who handled the financing (I dont remember her name, Hilga, Halaya, something like that) was rude and condescending in every interaction I had with her. She also did not explain to us about how cancelling insurance on your loan works if you need to, which albeit may not be something to think to explain but I actually ASKED about it. We took ALL insurance coverages on our car loan and I clearly said, we plan to do our research on what we have privately and through work, to see what we need in terms of disability and life insurances, and I will likely alter/cancel some of it. She tells us we have 20 days to do so, blah blah blah. Doesnt mention at all that my payments wouldnt/couldnt go back once we sign. I was supposed to pay only $168 bi weekly, but with ALL the insurance coverages it became $190 b/w. I thought, thats fine, its only temporary until we confirm which types we need and dont need and then it will be adjusted. I go back, nope. Not adjusted. Her quote "You signed a financing agreement, we cant change the payment amount". So now I pay the same amount of bi weekly payment, but I dont have the insurance. I really wish my payment was still $168 bi weekly like it is supposed to be, especially because I did NOT KNOW that I was signing something that took that away from me. We negotiated for that payment amount and thought we got an amazing deal but now its ruined because of her lack of disclosure. I understand thats not her fault if she cant change the payments back, but I REALLY wish she had explained that to us. And, of course, as it is her nature, she explained that she cant do it very condescendingly. Other than not explaining/disclosing that information, she didnt really do anything wrong per say, but I definitely advise requesting to deal with pretty much anyone else. She was extremely difficult to be around, I think it was her tone of voice. I thought maybe she was having a bad day, but no, I saw her on more than one occasion and each time it was the same. Both my fiance and I got the same impression of her and I dont think she has any reason to have any personal beef with us, so it must just be her attitude. Awful.

WORST COMPANY IVE EVER DEALT WITH. I bought a 2014 Chevy Trax (2 years ago). I went in to the dealership hoping to find some help in buying a car. Something reliable since I drive on the highway a lot. The salesman that I dealt with was not only rude but seemed to be in some type of hurry. Since I was new to car shopping and the whole experience I let it slide. Now fast forwarding to 2 years later. I have a car thats been broken since the day I drove it off the lot. I have been back to the dealership multiple times to have things fixed. They ordered the wrong part for my rear windshield wiper (The motor for it was broken). They still have NOT fixed it. A screw came loose on the front bumper a month or two after I purchased the vehicle and it was hanging down ever so slightly. With concern I went to the service department and had them look at the car that day. The service employee then told me it would be completely fine to drive back home to Saskatchewan with it hanging like that. Trusting that he knew more about cars than I did...I drove it and it came off on the highway!! I took it back ASAP and they told me it wasnt their problem. That I had to make an MPI claim! (I was also told because I had road side assistance that I would get reimbursed for my tow if I sent the invoice to the dealership. I never got that money back). I take very good care of my car. Its never been in an accident or been driven recklessly. But somehow my hub-cabs are bent and look like theyre about to fall off. Also it recently started having engine problems and revving quite high on any speed above 80 kms/h. It doesnt feel safe on the highway at all (The salesman told me it would be). I didnt know much about cars going into the dealership and was clearly taken advantage of as a young girl buying her first new car. The final total of my car (Which is the most basic level, doesnt have cruise control - NOTHING.) was $34,000 !!! This car brand new is barley worth $20,000. I would NEVER recommend anyone to this dealership or even to buy GM at this point. In fact I am trading the piece of crap in next week for an SUV that is 100x nicer, more reliable and affordable! Thanks to the wonderful people at Gauthier Chrysler for getting me out of this mess!! 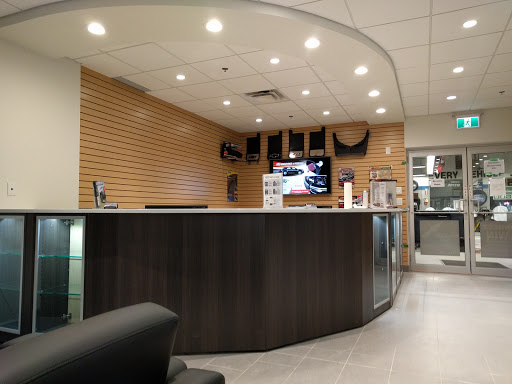 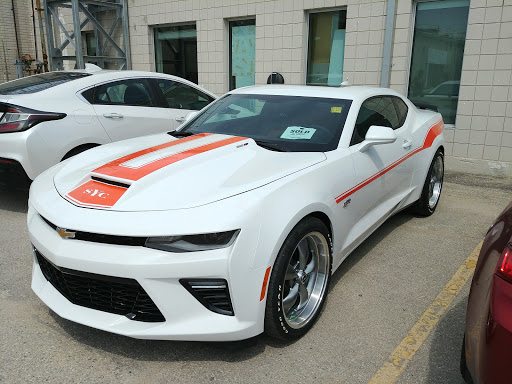 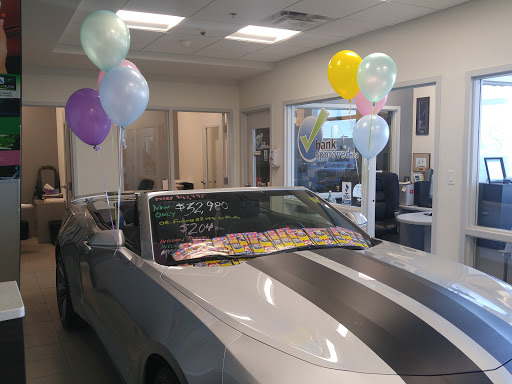 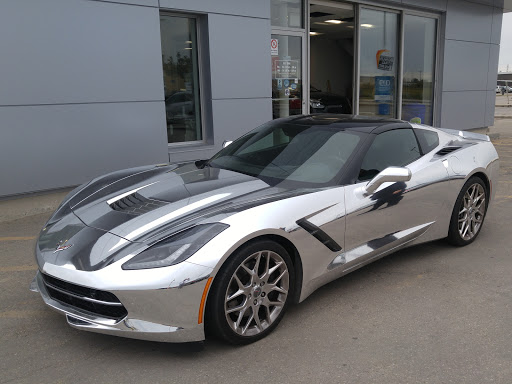 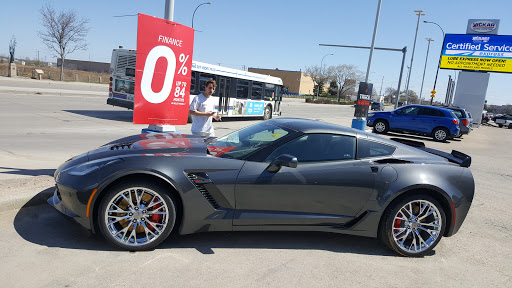 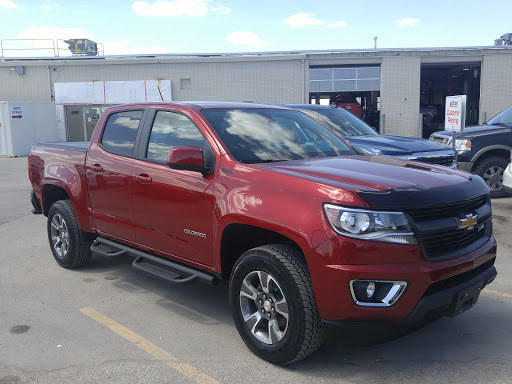 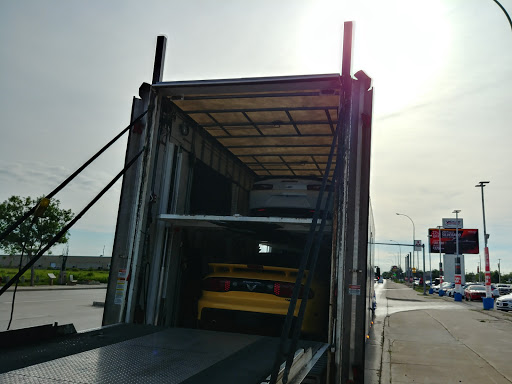 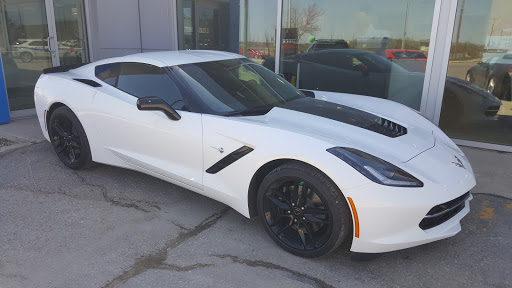 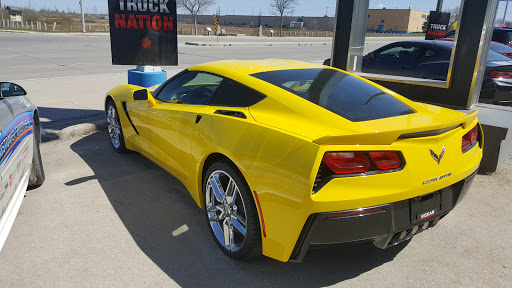 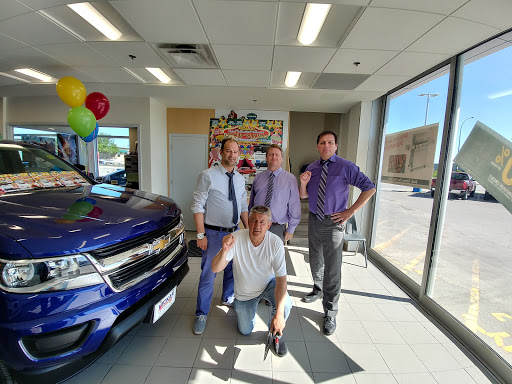 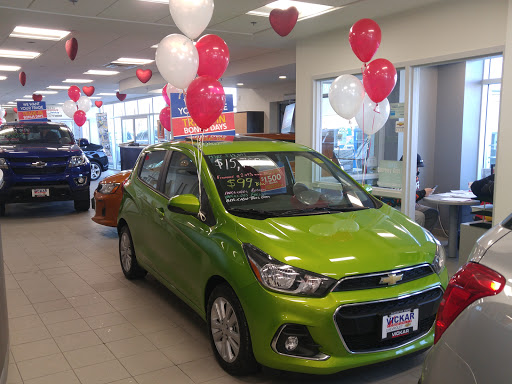 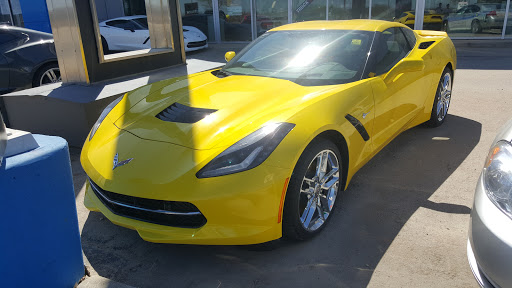 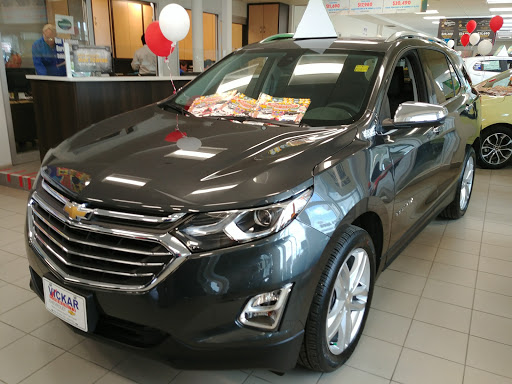