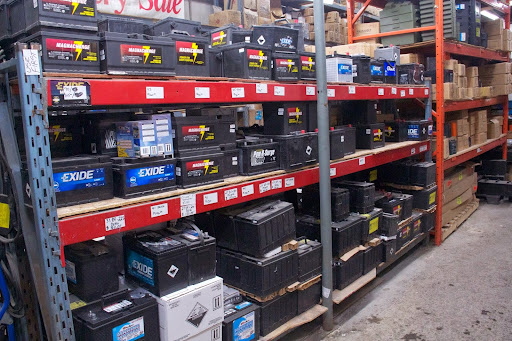 I drove in from the country and bought a battery from these guys since it was cheaper than mts ($40 vs $100). However, my battery never fully charged and my phone would die half a day later when it reached 15%. I had tried my wifes charger and switched the battery into her identical phone to ensure it was the battery and not the phone or charger prior to taking it in. So I drove back into the city and they said it was my fault because a) I was running too many apps (which I wasnt...700mB of ram used on S3) and b) I should never empty a battery completely and I probably wrecked the battery. The heavy guy with wavy hair who sits on the phone was confrontational right away basically telling me to f-off. The bald guy at least took the time to look at my phone and offered to analyze the battery. However, this apparently takes over night and since I was in the city doing errands with my kid I had to come back another day to drop it off (even though their lady answering the phone told me they could check it out right away). When I dropped it off, they took my name and number and gave me a service order form and said theyd call when it was ready. No call. A week later when I was next in the city I went to pick it up and they said - "here you go" and gave me back my defective battery with a sticker on it and said it was perfectly fine. I reiterated that no it is not, it wont fully charge, and it runs out half a day later at 15%. They then asked the guy in the back what the analysis showed. He whispered, "I never tested that battery" - which makes me wonder if they had ever intended to but instead just slapped the sticker on it to get rid of me. The technician came out and making sure the big guy was distracted he whispered, well just get you a new battery. So he hands me a generic battery. I said I bought a brand name battery. He said we dont have any more of these and their exactly the same. Fair enough but when I tried it, that battery was a dud as well! My phone wouldnt boot up. Lucky we tried it. The next one he gave me did work and now after 3 trips to the city, and two weeks I finally have a battery that works like it should. If they followed the customer service adage that the customer is always right, they wouldve accepted my own analysis that the battery was a dud, given me a new one right away and id happily be a life long customer and recommend them to anyone looking for a battery. Instead, I was made to feel like an idiot and intimidated into going away. I will never return and will tell this story to anyone I know looking for a battery. ps go leafs!!

I bought four new batteries for my Bil Jax lift from these guys. When I arrived a lady came out and had a look the lift to see what batteries I needed, she said they where 8 volt batteries and would run me around 185 each. I told them I thought that the batteries where 6 volt and another guy came out and confirmed they where. Thank God or I might have blown my entire electrical system. They brought the new ones out and I asked the manager sitting in the back with the wavy hair if they where the correct ones, he assured me they where and that they where even better then the ones I had in there. Ok great I thought "your the expert" however working the next day the lift started acting up and wasnt working quite right. Soon after that my relay is broken and the lift wont move :( I took it to my mechanic who informed me that I would have to air ship the part in from Bil Jax down in the US. I was down for 3 days waiting for the part it finally came in and I was back out to work. However we got to the job site about 45 mins away and I go to set up my lift and now the out-riggers wont work. My magnetic coils that operate the hydraulic cylinders are burnt out. Im scratching my head because I just bought this lift. Its a 2012 model with Less then 500 hours on it, so I phone up the technician in the states and tell him all the trouble im having. He asked me if anything had been changed on the lift and I said that I had just replaced the batteries. He asked me to open it up and tell him the amount of amps the batteries have. To make a long story shot the batteries werent the right ones and I was down for two weeks unable to work :( Its cost me over $10 000 in lost work and repair bills. At least these guys gave me the proper batteries free of charge however it doesnt make up for all the time and stress it has caused me.

HORRIBLE CUSTOMER SERVICE - Yesterday I went to the Battery Man to have the battery in my key fob replaced. When I went to go to work this morning, my fob didnt work. I had to take a cab to get the spare fob from my husband ($20.00) and ended up being an hour late for work ($25.00). Needless to say I was annoyed when I went back at lunch today. There was a different guy at the counter and he said it could be the fob itself. He tested the battery and said it was 100%. Another guy suggested that maybe its the connection and he moved something inside the fob and problem solved. I left saying I will never be back. He comes outside after me, (big scary looking bald guy) and barked at me: be happy I fixed it for you. I would have been happy it if would have been fixed properly the first time or if he would have said sorry about what happened to you.

This is absolutely the best battery place I have been to. Being a woman most companies see dollar signs as soon a woman walks through the door. Not this place. I get respect . If one person is busy another one will help you right quick. If I dont understand something they are there to explain it to you. All this nonsense oh they did this or he was mean to me..seriously grow a pair. Just like any place if you go in with attitude expect it back. These guys do a tough and thankless job. I for one will and do recommend these guys to everyone I know. Btw...the time where the customer is always right left along time ago. If u did something to the battery ..own it. You think they wouldnt know??? This is what they do for a living.. keep up the great work and thanks for letting there be an honest place for women to go.

Cant say I will go here again. They activated a new battery for my motorcycle and told me it should be good to go. They didnt mention I needed to let the battery sit for a certain period of time, and trickle charge it before putting it in my bike. How is the average consumer supposed to know this? Needless to say, after putting it in my bike, it had no charge. I slow charged it with a trickle charge. The battery was toast after this. It wouldnt hold a charge over night. They did offer to replace it under warranty if the battery was faulty, but I just didnt want to go back into that place. When I went there, the owner was talking down to his employees in front of customers etc. Just wasnt a nice environment at all while I was there. I decided to just go to partsource, and buy another battery. 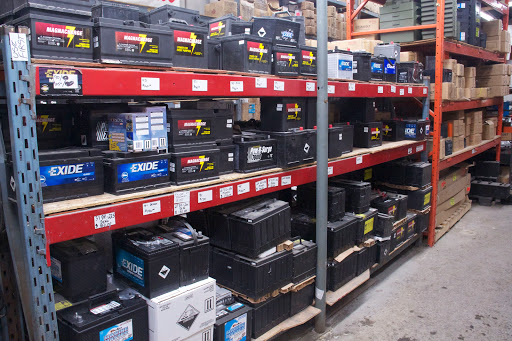 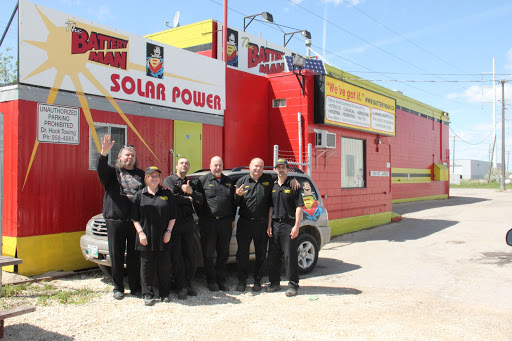 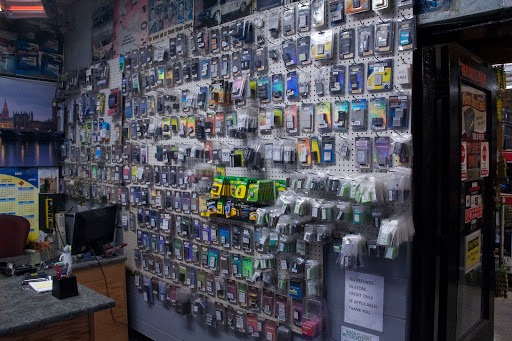 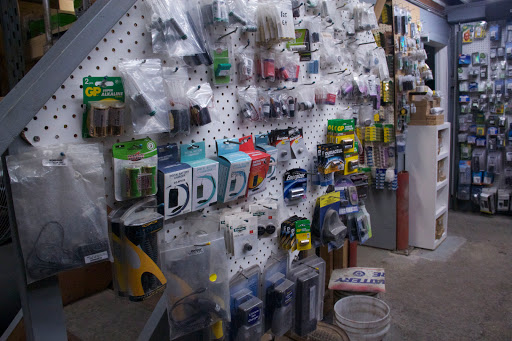 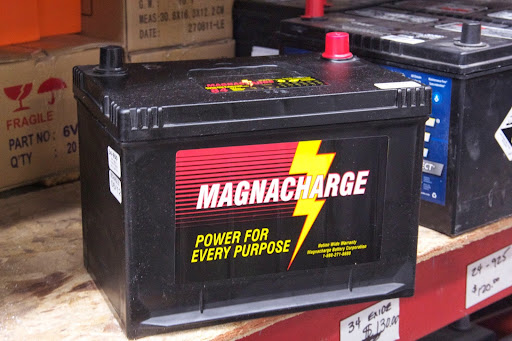 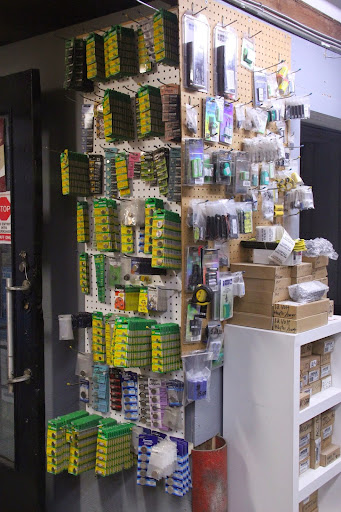 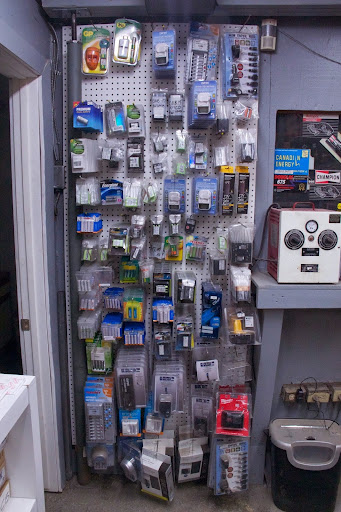 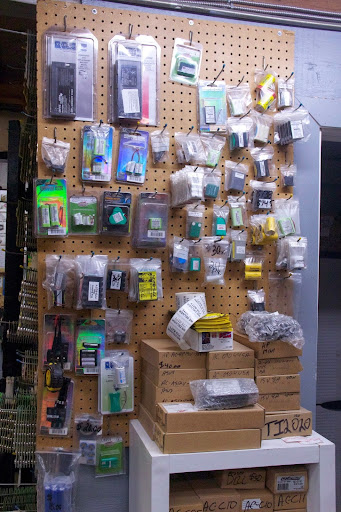 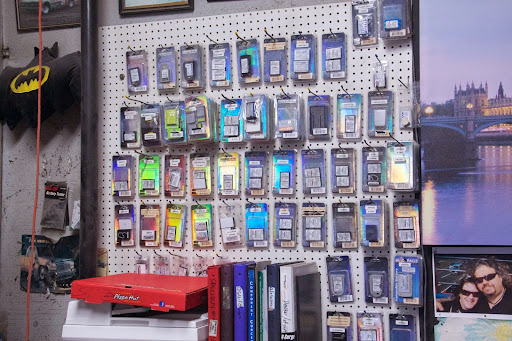 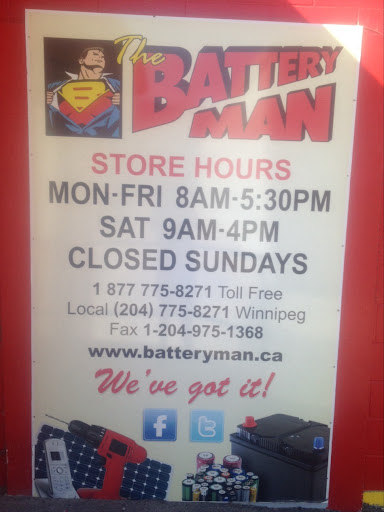 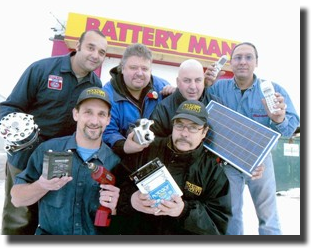