Hello, I needed rear wheel bearings replaced on both my rear wheels on my 06 Volkswagen Jetta. I contacted Volkswagen who provided me a quote of $341.00 for each wheel bearing (Volkswagen genuine parts) plus labour. The total estimate was for $940.00 plus tax. I then contacted Ness Auto Service who is close by to where I live. They took my information and said they would phone me back with a quote. "Brian" phoned me back with a quote about 15 minutes later. He stated the following: "Parts are $341.00 x 2 (each side) plus labour with a total of $959.00 plus tax" I then asked him how they could be more expensive then the dealership? He stated thats his price. I asked him if he is using Volkswagen parts as the price of his parts is identical to the dealerships. He stated "no" and that he gets his parts from somewhere else. My opinion is that dealerships should/always cost more then neighbourhood garages as they have the highest cost of parts and labour rates. They usually have Keurig coffee machines and nice TVs to watch well you wait (This is no doubt put in to your bill somehow). I then phone various parts places and got the following quotes on the wheel bearings: - Part source $140.00 each (2 in stock) - Central Transport Parts $90.23 each (Parts will be in next day) It is obvious "Ness Auto Service" is charging dealer parts prices and keeping the difference. I asked "Brian" if I could supply my own parts and they could do the labour to which he stated then his labour rate will go up as "he makes money on his parts and labour". This is not an article to bash Ness Auto Service but more so to make people aware of the inflated prices he may be charging. Ultimately I bought the parts from Central Transport for $202.11 with taxes and spent $50 on tools (Volkswagen requires the use of triple square bits) for a total of $252.11. I changed the driver side in an hour and a half and the passenger side in an hour. Everything works great and I saved close to a $1000.00. I feel a decent garage could of charged $600- $700 dollars and still made money on this type of service. I will not go to "Ness Auto Service" just on first impressions. I cannot comment on their quality of work though.

The fat bald guy who works here (I think hes the owner as hes always there and Ive had to return a few times to try and get problems he caused on my vehicle fixed) is a scam artist, dont listen to him! Hes rude and will do or say anything he can to take your money. When you have questions hes condescending and lies to you. First he incorrectly installed an alternator that fried my cars fuse box, he then charged my to fix that, as well as replace the alternator. After some back and forth in hopes of getting my car working properly due to problems he caused, I finally took it to a dealership which was slightly more expensive, but at least worked. Also he charged me something like 300 dollars for an "oil pan heater" that simply sticks on to the bottom of the car with an adhesive pad. I did research and this part actually only costs about 30 dollars to buy, so i paid him 270 for maybe 20 minutes of labor? Thats terrible, Im positive this place is only still in operation because he preys on the elderly and mostly sticks to very simply things anyone could do. Maybe if you need your oil replaced, and your windshield wiper fluid changed (E.G. things you should REALLY be able to do yourself with no special equipment required) then go here. Also, if you feel like wasting time and money go here.

Brought a tire into Ness Auto Service for a simple flat tire thought it would be a pretty simple repair. Spoke with the owner and asked if they would just put a plug in the spot where he found the leak, he responded firmly with "We dont do that here!" and he would have to take the wheel off the rim and patch it from the inside. I really didnt care either way. Came back later that day to find that they had actually repaired it using a plug and never took it off the rim as he said they would, and the surface of the mag had been all scratched up. I have a high level of attention to detail when it comes to my cars and detail them more often than is needed, so I am well aware of any dings on both my vehicles, not to mention inspecting the entire mag before bringing it to be fixed, looking for any possible damage that may have occurred while briefly driving it with little air in it. Upon mentioning the multiple scratches to the owner he became argumentative, stating that it was impossible that his shop was responsible. After a brief argument I paid and left. The next morning I woke up, after not even driving on the tire, only to find it was flat once again. Ugh, what a waste of time.

I dont know what that guy is talking about. Brian is the most honest mechanic I have ever encountered. As a woman, I have been taken advantage of from other garages. Well not Brian. Ive brought my vehicle to the dealership for regular maintenances until I found Ness Auto. The dealership would tell me almost every time I brought my vehicle in that it needed some major work of some kind and trusting them, I would say "Go ahead and fix it." Since going to Ness Auto for my regular spring and winter oil change/check over, I havent needed to put any money into my vehicle. It is worth the $49.95 to have Brian check over my whole vehicle and give it an oil change. I guess this guy doesnt really know Brian. Because he isnt there to soak somebody, he is there to make sure his customers are happy and their vehicles are taken care of. A very honest business.

My experience with Ness Auto is a positive one. I purchased a vehicle from Brian at Ness Auto. I felt Brian was honest and helpful making the purchasing of our vehicle an enjoyable one. Brian stuck to his word and helped my family afford a safe vehicle. I had to call Brian a couple times with questions, and he took the time to help me. Also while i was in his shop a couple times finalizing the deal and once after the purchase, for an unrelated reason, I had the opportunity to see Brian treat other customers with respect aswell. Our previous mechanic had to close down leaving us without a trusted mechanic. I will be bringing our cars to Brian now when repairs are needed.

Ive been taking my vehicles into Ness Auto for at least 5 years and I wouldnt take them anywhere else. Finding a mechanic you can trust is like finding a trustworthy doctor. Brian is always up front about costs and doesnt try to add any work you dont need. I would say the reason for this is not only because hes an honest guy, but hes just too busy to do work that doesnt need doing. The solid and complimentary word of mouth reputation that hes earned has made him a real welcome addition to our neighbourhood. Ive even taken used vehicles that I was thinking of buying to him and I really do believe he has saved me thousands of dollars and years of headaches. 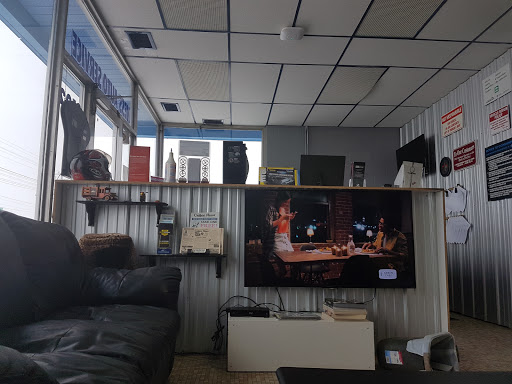