Thanks to the tight parking spots in downtown Winnipeg, I got a wonderful door ding on my new Audi TT. the dent was on a body line of the drivers side door. the ding was very noticeable. initially i had a professional come to my home with the "vacuum" style dent removal, he said "no way can i do that, you will have to make an insurance claim". well i dont think so, i figured what the hell, i am going to send MDR an email and a couple of photos ( however i was skeptical) Tyler emailed me back right away and mentioned he is confident he can get the dent out, he also provided me with the cost up front, I booked an appointment. the day came to take my Audi TT down to MDR on Regent, Winnipeg. I dropped it off, Tyler himself came and looked at the dent. he said give me an hour. An hour?? OK...... One hour later i came back and bam Done. I was well impressed, excellent work it looks awesome. very happy. Good job Guys!!!

My 1958 classic Buick had got a vertical crease in a very difficult area and a autobody guy suggested taking it to one of the Miracle Dent locations and they should be able to get 99 percent of the crease out. While I was somewhat skeptical I decided to give them a try. 1958 metal is much different than what the new cars have. Thanks to Dan and Marko I would defy anyone other than these two to be able to find where the damage was. I seldom use the word amazed but this time I really was. Very friendly service and was charged less than expected. I now love my old car again and will be telling old classic car enthusiast about your great job and friendly service. Thanks again Dan and Marko!! Phil Brauen

I recently bought a used car and was completely unhappy with dents along the doors left by the previous owner. I brought my car to Miracle Dent Repair to see what could be done. Some of the dents were in difficult situations and I personally had my doubts about having them removed. Miracle Dent assured me that they could get the car back to looking like new, so I figured I would give it a try. WOW, all I can say is WOW! Car looks amazing now! I highly recommend these guys. They really provide dent removal miracles! A++. I will be a customer again.

To say that I was happy would be an understatement...Kurtis and Tyler did an amazing job, very knowledgeable and very professional. The quality of the work was first class. I dreaded the thought of having to have my new car repainted but then i was told to check out Miracle Dent Repair and am I glad I did. Drop down and see Kurtis and Tyler before you have any bodywork done, you wont be sorry. Thanks again guys...

After receiving significant hail damage to our CR-V this summer, we decided to take it in for repairs to Miracle Dent Repair. We couldnt be happier with our experience! Not only was the staff friendly, courteous and professional, they had our vehicle ready within hours, the same day. INCREDIBLE! Talk about convenience and a major time-saver. Our vehicle was restored to pre-hail condition and looked great.

Super friendly and personable. I was comfortable from the moment I walked in, which is rare in my previous experiences because Im a female. The dent in my door was fixed in 1/2 hour and my CX-5 looks as good as new. I highly recommend MDR for any dent repairs. Hopefully Ill never have to get my car repaired again but if I do...MDR is the only place Ill go! Thanks Tyler!

After having a hail claim done with MPI, I took my car to Miracle Dent on Regent to have fixed up. The staff are friendly,they did amazing work and so quickly too! You wouldnt even know any hail damage occurred, its just like brand new! Strongly recommend Miracle Dent! A+!

Outstanding quality at very affordable prices. I had my 97 Honda Civic in to remove quite a few dents so that it would be easier to sell, and it came out looking so good I didnt want to sell it!

I love these guys. They are very good at what they do and would leave you satisfied without emptying your pocket. Go see for yourself...

Got a dent? Youd be amazed with the stuff they can fix. Hail damage, carts, to bigger fender benders. Good value. 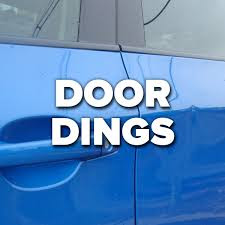 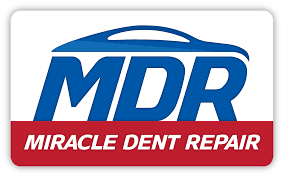