Sales lady was nice but after that youre left on your own to figure out the process. I was caught in the middle of lack of communication between 2 employees and left to feel like an idiot. And the cleaning job was terrible. The running boards and mud flaps were still filthy. The interior didnt look vacuumed at all. The clamps from the tonneau cover were completely removed and I was not informed and lost the cover going down the highway and it also damaged the box. I managed to talk to the manager once and was told it was my responsibility to be sure everything was secure on the vehicle. He said he would get back to me when they figured out what to do about it. He didnt and my calls have not been returned since. I want them to realize how serious the consequences could have been if that had landed on someones windshield and caused a serious accident. Absolutely can not recommend this location to anyone. Maybe the others are better?

I usually go to this location and happy with the service, The last time I went there (August 08, 2014) we went through confidently knowing my vehicle was in good hands - thought wrong. My car went through with no dents, and came out with a large dent on my driver side panel. They said it was because the car was 12 years old and it was our fault. I dont see how it is? Seeing as it was in their building, using their supplies, staff that work for them, machines that are own and operated by the CHAMOIS. I was disappointed that throughout this entire incident there was no apology. I am taking responsibility of my actions and claiming my vehicle damage with MPI. They have lost my business,familys, friends and potential clients who see this review and who have shared our hellish ordeal via Facebook, Instagram, Twitter, word of mouth and whatever social media output possible.

Everytime I get my vehicle washed here I always have a complain because theyre not doing it right anymore. Waste of time and money. After they washed it and dried it its still dirty I mean the dash board obviously they didnt wipe it clean because you can still see the fresh dust on it. The door frame still has the dirt (film) the front grill still not clean they didnt wipe it right still wet and brown from the dirt even if you tell these guys its like they dont care. I came back today for a rewash still the part/area that I am complaining the dirt still there so I wipe it myself as easy as that but they still missed wiping it and 4 or 5 of them are wiping it dry but still they missed a lot of area to wipe it clean. For 5 or $6 I can clean my truck better.

Normally the Chamois does a great job, but yesterday it was the worst wash we have ever received. Paying 25 dollars and having the inside of the car covered in dirt from the employees was a little much. The passenger side door was filthy and the dash wasnt cleaned properly. It was a busy day at the car wash but it doesnt mean that it is excusable. I have called to voice a complaint but to go back for another wash would be out of the question. The wait time was around 20 minutes and then having the car on the inside dirtier than when we took it in. I would suggest to only go there when it isnt busy or in the summer.

$25 and 45 minutes for a small army of washers to do little more than vacuum your carpets and put your vehicle through an automatic washer. They dont seem to actively attempt to clean your vehicle, they just go through the same process regardless of which parts happen to be dirty. Save yourself the time and money, buy some armor all cleaning wipes and hit up a DIY car wash. One person with a pressure washer, vacuum and wipes can do a better job in 30 minutes than the chamois does in nearly an hour.

I wish I read these reviews before going. Brand new car didnt have a scratch on it came out with a ton of scratches and scuff marks. All the manager could say is nothing in here would have caused that!!!!! Other than that I got silence. Never take your vehicle here. Also I got the gold service and I could clean the interior of my car better with my bare hand. Very disappointed and have learned my lesson. As other people have said. ENTER AT YOUR OWN RISK! I will never recommend the chamios to anyone!

My truck was very dirty when i took it in, it came out looking worse.Dirt swirls running down the sides, dirt particles still in the inside, tried to talk to the young girl who was suppose to be in charge, (what a joke) absolutely no help, asked who the manager was, she told me his name, had a appointment , couldnt wait around, phoned him later, he was rude & of no help, needs some people skills.Basically he started yelling at me...save your money try a different one or go to a coin wash.

I was pressed for time but had a filthy car. I decided to give the Chamois a try. First and last time. My wheels looked like they never got cleaned at all, the lower sides were covered in dirt still, and the rear had areas where it never got cleaned. Exactly why I never go through an automatic wash. I ended up having to go and wipe it all down so that it didnt look stupid half "clean" and the rest dirty. What a complete waste of time and money. Ill never go back.

not recommended better clean up at your home i paid $237 specially told them for pet hair removal they charged for everything they could and the result was worthless.. its better to spend 3 hours yourself at home you can do a better job.. they took my car for 3 hours and i have shared pictures after the wash..even the rims were not properly cleaned.. i guess skipping work for one day and working on your car is more worth than giving them money for full detailing..

Horrible horrible beyond horrible customer service. (Dont recommend this car wash service to anyone, use at your own risk!!!!) They punctured the tire of my van, came out that way, asked the supervisor when it came out he just looked at it and shrugged and walked away. I called management after having to spend 180 in total to replace my tire. And they told me "prove it." !!!!!!Take your vehicle in at your own risk!!!!

First time visit . Greeting lady was nice . After that nothing was explained . Your left to figure out what to do by yourself . Pretty disappointed. Rushed car wash . Still was dirty in spots . Interior was poorly done. Told the guy it was not a very good job and he just stared at me blankly . Would have stayed to talk to a manager or something but good luck finding one and I had to go .

The worst service Ive ever had. Spent 26$ and got nothing but half dirty vehicle. Then went to coin operation car wash and rewash it again. All windows were dirty and rubber mats were full of water. They missed a lot of spots. They cleaned my windows so bad I spent 20 minuts to make it clean again. Ill never ever use this terrible car wash again and will tell everybody do so. 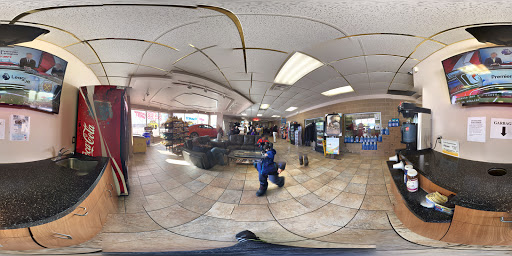 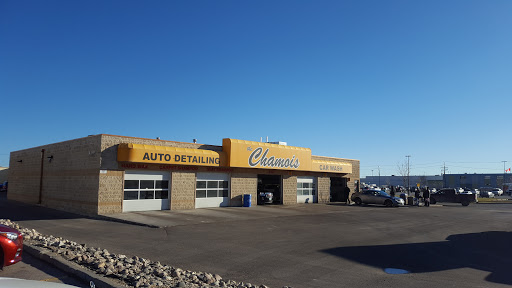 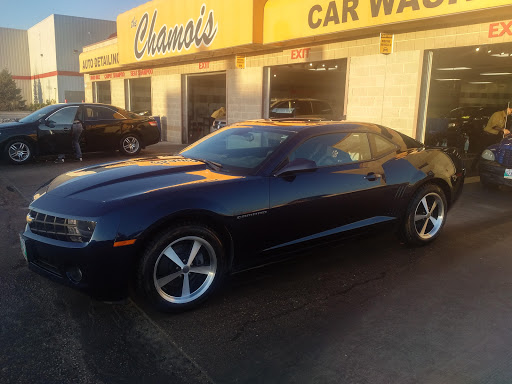 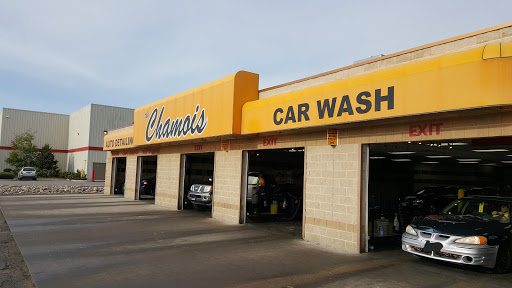 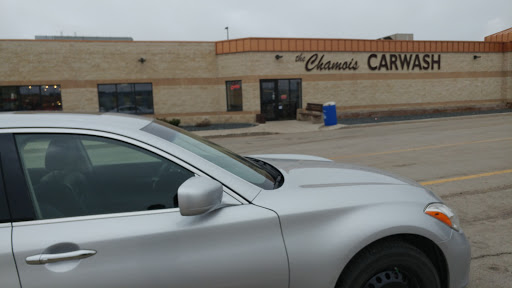 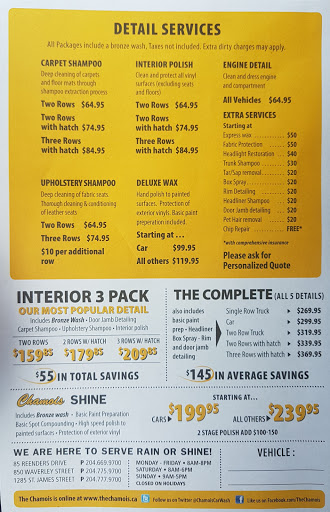 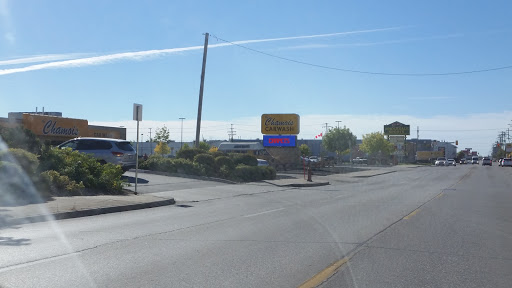 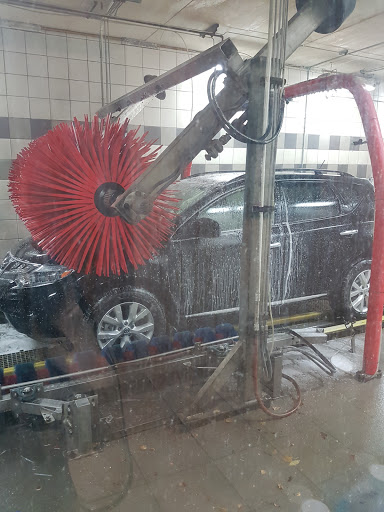 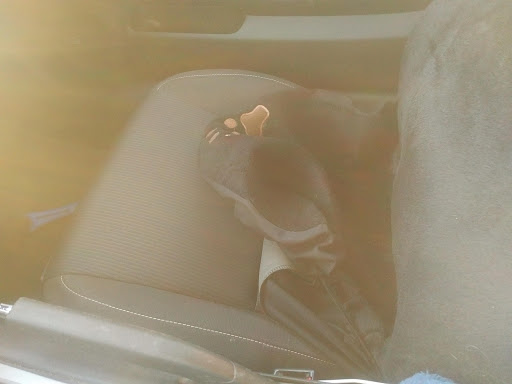 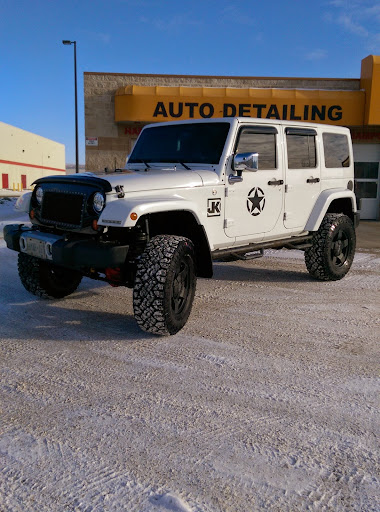 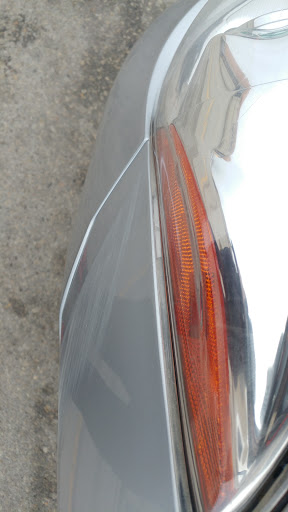