This place is a joke. Went in to buy a truck, it was a done deal and they promised me a full detail clean, ionizing the truck and shampooing the headliner as well as the seats because the former owner was a smoker. I get home after being there for hours and they called me saying that the contract that we Just signed could not be done because they didnt ask the bank first (financing agreement). Ok whatever they were willing to take some more money off which I was ok with but still it pissed me off because it was a signed done deal. Anyways went to go pick up the truck a week later, before finalizing anything I wanted to go take a look at the truck to see if the work that I asked was done. Was it done? The truck was not even touched. I was pissed and ready to walk away from it all together. At that point I asked for my deposit back. They brought in two different managers to speak with myself and my wife. The second manager, Frank, begged we gave him one more shot. It was almost funny trying to hear the excuses he was coming up with why it didnt get done. I wanted to walk away from it and I dont no why I didnt at that point. Frank promised no matter what we come back two days later we will receive a 500$ visa gift card and 3 full tanks of gas for our troubles. We went back in two days later and looked at the truck and there was still a smoke odor. Also going home and thinking about it all, theres so many other dealerships out there and it was just concerning if something goes wrong with the truck and we bring it back there how many corners will they cut to fix it. After looking at the truck on our last visit we made the final decision to not take it. We went in and spoke with frank and asked him for the deposit back. The attitude on this kid, wow I almost flipped out. "Why didnt you call us so we didnt go through all this trouble" "guys came in on there days off for you". Well if they had done that the first time they would have made the sale. Boohoo buddy boohoo. We didnt get those promised gift cards of coarse... He did not keep his word on that either. I was just happy to get the deposit back and get out of there. Will never go back there. Also our salesman, Cory was really really slimy. Went to a different dealership the same day and bought a newer nicer truck for the same price. Stay away from Birchwood Chevrolet.

I thought I would be treated much better than I was. I was an employee of the dealership at the time I bought my car. I needed a car that day because my old one was dead and I need some way to get to work. I was young and uninformed about car buying with no one to help me navigate and watch my back. I figured my safest bet would be to go where I worked. They wouldnt take advantage of a young, new co-worker! boy,.... was I wrong! I was asked a bunch of questions about how much I could afford. I told him the max amount per month, then he tried to up it. "are you *sure* you cant afford more?" anywho we finally had all the paperwork worked out and it was good to go. I could afford the bi-weekly payments, life was great, no more worry about my old car dying on me! I asked if 100% would be paid off with the direct payments, no other surprise amounts? He said yes. When I talked to the finance guy, they approved the bi-weekly amounts and it was all great! I had a car!.... I said, "so thats it, we are done? all the payments will be taken out directly and everything will be paid for?" He said yes. I remember asking this specifically twice, because I. wanted. to. make. SURE I understood and there were no other surprise amounts. I know I have the contract, but it was like reading another language back then. Thats why I asked!!! Twice!!! I looked over the paperwork everything looked fine, I filed the paperwork in my paperwork file....I have not missed one payment in 5 years! I was so excited because I am almost done paying off my car loan. I just called the bank to see how much I owe, I wanted to pay it all off early... well, its over $5,000 more than I had expected to be owing.... I got out my contract again. No the direct payments DO NOT cover the full price of the car like they had confirmed TWICE. I realize that it is partly my error, because it *is* in the contract....but that is why I asked! I asked for piece of mind and confirmation and they BOTH told me wrong. I now owe an extra $5000 dollars that I had not planned on that is due in November..... Needless to say I am NOT a happy camper! I will never go back to Birchwood and I dont recommend it to anyone.

Absolute worst vehicle buying experience ever,initially tried to rob me blind on my trade,( successfully negotiated up 2000$ in one shot,) would leave me waiting for 30 mins at a time. But the most incompetent person i dealt with was the business manager he was real busy giving me the fear mongering speech that my brand new $40,000 truck was going to turn into a money pit, rust to pieces etc... if i didnt but $4000 in aftermarket protection & extended warrantys. That he wrote up the deal with wrong vin# 2x, of-coarse both times the other trucks were more expensive and i was the one who pointed it out. Then after an hour of politely declining all the up-sells etc, and explaining i didnt want any insurance on the loan. When he finally wrote the deal up with the right truck , he added a $600 life insurance policy on the loan that i had clearly stated i didnt want or authorize him to add, he tells me ""its like paying $10 for a loaf of bread"". I build that into every deal". There are even more screw-ups in this story but i dont want to fill 2 pages writing a novel on how useless Birch-wood truck store is. Also dont forget the birch-wood advantage" basically a glorified and mandatory $899 admin fee, so between that and the insurance ($600+) they build into every deal count on paying about $1100 more then you would anywhere else right off the bat Before the clueless business manager tries to sell you extended warrantys or some undercoating to plug the drain holes in your vehicles frame. . Admin fees on new vehicles are typically about $399. This was my 4th new truck in 6 years, the first and only one ever from birch-wood. Personally i think the $900 admin fee is reason enough to avoid this place. Happy with vehicle itself 2015 gmc canyon, but i would avoid this place at all costs. -Another fun fact i didnt receive any surveys from gm or from Birchwood, but then again if i operated like they do i wouldnt survey customers either.

Buying a new car is stressful enough without adding stress to the event. When I first purchased my vehicle 6 weeks ago, it required a repair work. I was advised to take the car home, and then return at a later date for the repairs. As it would take several days, I was told I would be receiving a rental. When I returned my new car, the service staff had no word of a rental. I was offered a ride home as the repairs would be completed that day. There was no indication that the work would take several days. The staff finally arranged for me to take a lot vehicle home (that was another big issue). Later that afternoon, they called to tell me the lot vehicle would need to come back and I would receive a rental, as the repairs would take several days. I returned the lot vehicle and received a rental, which I kept till the repairs were done. This gap in communication resulted in my losing a whole days work (pay), and making four 45 minute trips that day. My work is by appointment, which meant that cancelling these appointments upset the schedules of four other people, who had made arrangements to see me that day. This is not acceptable. When I was given the initial instructions about transportation from Birchwood staff, I considered this a verbal contract, like my business. The contract was not honored. This is very shabby treatment for a loyal customer who has purchased all family vehicles from Birchwood since the late 1980s. To their credit, the staff assisting me tried very hard to deal appropriately with the situation. However, starting out this way with a new vehicle leaves a grey shadow over what should be an exciting event - getting a new car. 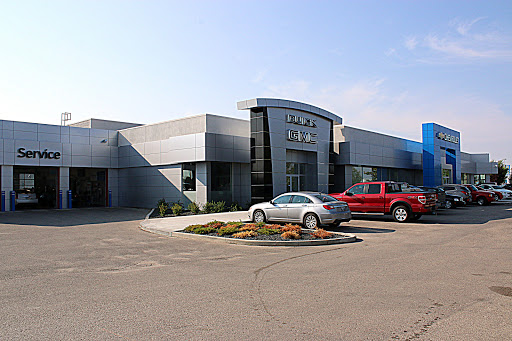 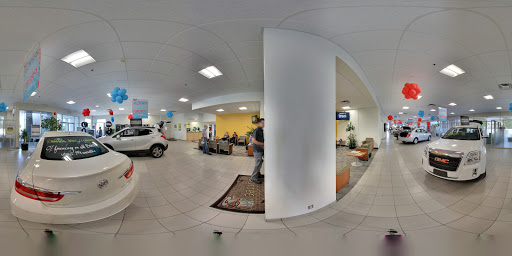 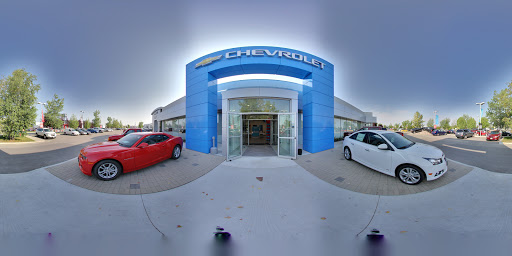 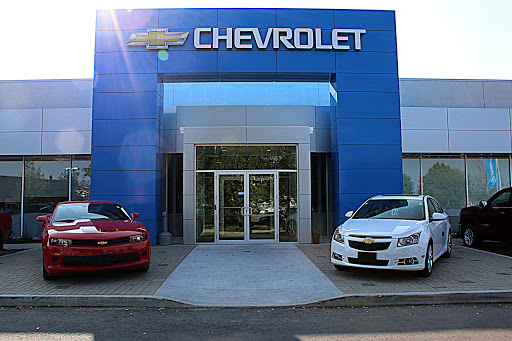 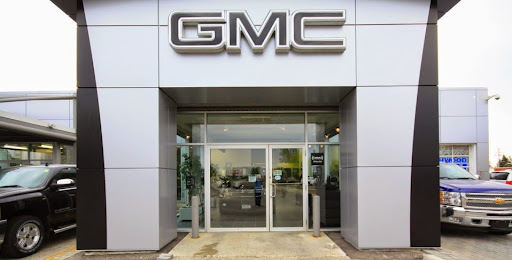 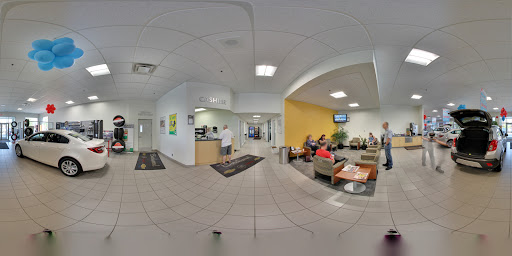 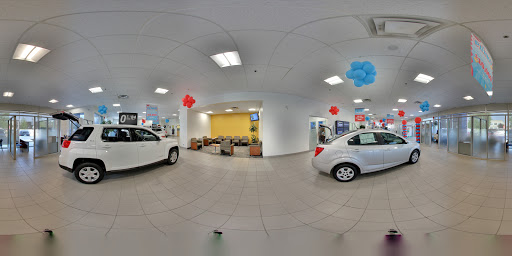 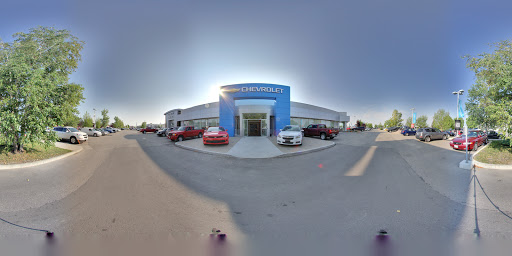 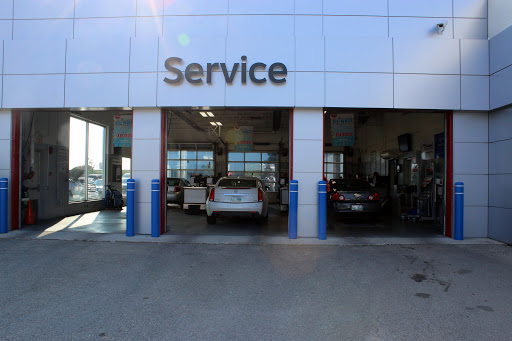 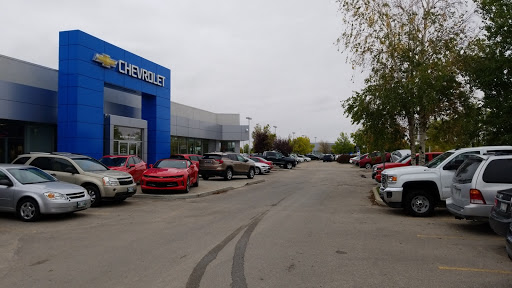 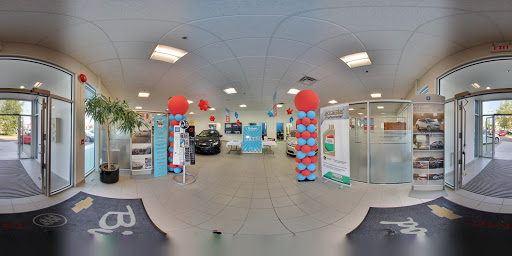 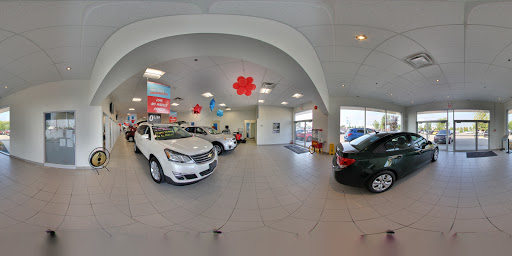 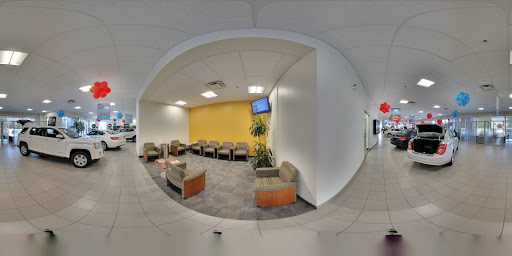 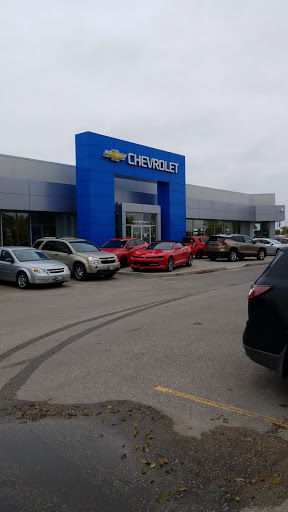 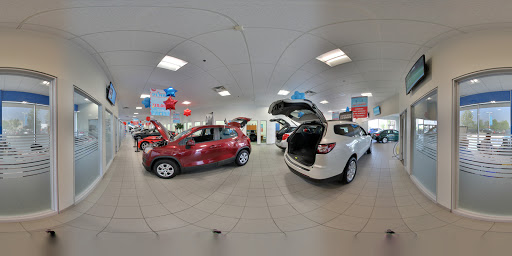